Course History
The Langara Golf course was built by the Canadian Pacific Railway Company under the supervision of Golf Architect Vernon Macan. The following description is take from the book “Just call me Mac” the biography of A. Vernon Macan by Michael Riste. “In the spring of 1924, the Canadian Pacific Railway Company commenced construction of the first eighteen hole public golf course in B.C. It was not until June 26, 1926 however that the official opening was held.” ( from Golf: Its history and Development in British Columbia by Hal Rhodes) “Newton J. Kerr, town site Agent, Vancouver, advises that the Company’s Land Department is clearing 160 acres of land in South Vancouver lying between 51st and 59th Avenues and Ontario and Bridge Street. As the first step towards constructing a golf course, A. Vernon Macan, Golf Architect, who has laid out many courses on the Pacific coast, has been engaged to give the work general supervision. The ground slopes gently to the southeast, with a fall of 130 feet in the entire distance, is of a rolling character, intersected by two streams, and has a fine outlook over the Fraser River Delta and the Gulf of Georgia. The work will cost approximately $120,000 and it is expected that everything will be ready for use in the spring of 1926.

Clipping from the ‘Daily Province Public Links Golf Championship’, September 2, 1939
Other B.C. golf courses designed or renovated by A. Vernon Macan (from Just call me Mac, Michael) 1912
COURSE RENOS Since it’s original design Langara has undergone several renovations. Langara College opened in 1970 and course was significantly altered to fit the remaining land available. The club house remained but the north-east corner of the property was converted to academic purposes. In 1979 the Condos at the corner of 49th and Cambie St. were opened and the Langara course was altered yet again. 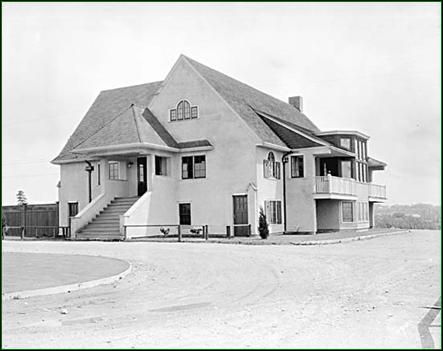 A picture of the old number 3 green and pond.